Last night me and my mum went shopping and decided to have dinner out. We some how ended up in Chiquito’s and we were pleasantly surprised with the amount of gluten free options that they had on their menu. 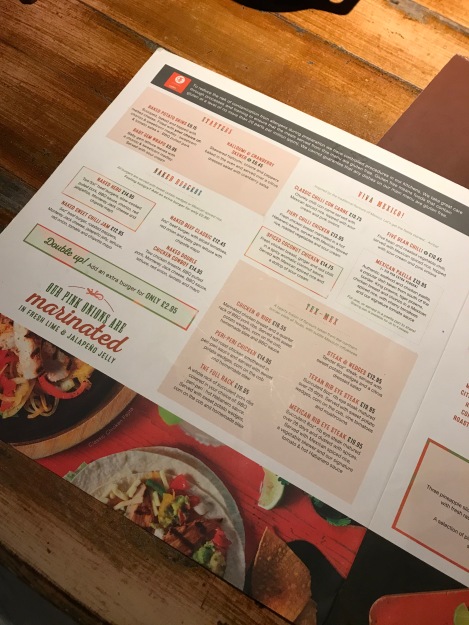 They even had Gluten Free Desserts, which we all knows near enough impossible at a lot of places! 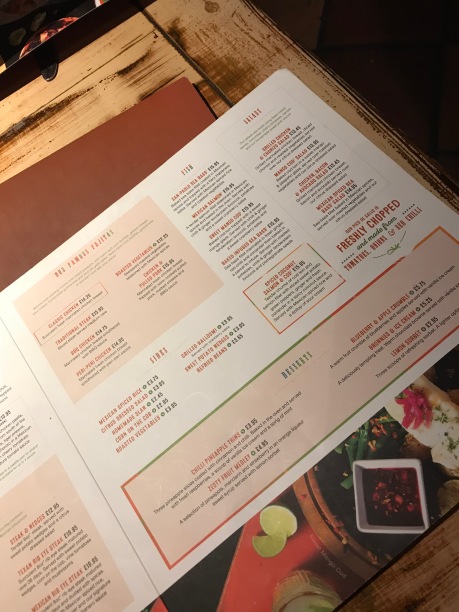 I ordered a Mock-jito for my drink as I was driving, it was so nice and really refreshing. You could either have it with Ginger beer or Lemonade, so i had lemonade.

We were going to order starters but decided not to, so i ordered a side of Halloumi. It came with a Cranberry salsa, that was really sweet but really tasty! These cheese itself was undercooked ( i mean i guess you say cooked? ) and it was really cold on the inside which was sad. 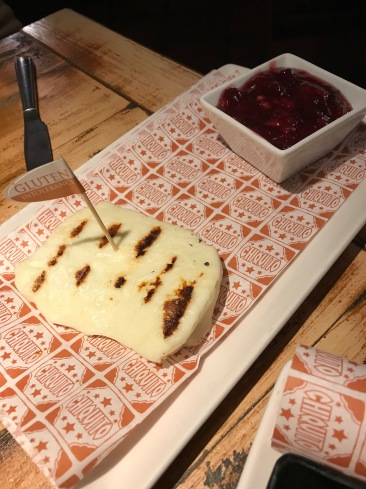 My mum ordered a bog standard chilli con carne for her main. It’s one of her favourite dishes and i tried a bit as thats also gluten free and it was SO good! I forgot to take a photo though which is annoying..

I had Steak fajitas for my main. The steak was cooked really well and it was cooked with onions and mixed peppers too.

It was all really tasty and the service as pretty good too. We’ll definitely be going back to try some other bits from the menu!